When a dog is brought to a new home, it’s your responsibility to take good care and train them well. Set routines for him to follow to get accustomed to your life. To avoid any chaotic situation that might occur in the future, stay home for a few days initially. This change may cause changes in the dog’s behavior.

Dogs exhibit behavioral problems, generally towards any major changes like changing home or routine changes. If not controlled or properly trained the dogs will develop these traits with increasing intensity as the days pass by.

Most common behavior problems that are ignored by the owners are Issue: When a dog makes puppy eyes and you know he is asking for food from your plate, it might not bother you at first but slowly it starts getting annoying and you get irritated. Don’t get irritated and walk away. That’s the point where you should think an alternative for this problem.

Solution: Providing the pet with their separate food and treats every now and then can eliminate this issue.

2. Expressing Happiness By Jumping Up Issue: Dog’s jump on you to show their affection. At times, it might seem loving and cute, but this might not be the case for the rest of the members of the family. Even if you live alone, think about the times you dress up to go to the office or to enjoy a beautiful evening or even to a party and while waving goodbye he pounces on you and ruins your clothing. Don’t get aggressive at this behavior, it can be stopped with patience and proper training.

Solution: When your dog tries to jump, don’t react until he stops and when he does then greet him or pat him. Do this till he stops this habit.

[Read] 5 Cost-effective Ways to Save Money on Dog Training Issue: When a dog bites there might be a reason like fear or pain. Puppy bites and nips around as they try to explore their surroundings, the people and other pets too. This happens specially when they are teething.
Solution: This behavior should not be promoted as it might increase with the age and dog bites may harm others. It can be put to a stop by proper training and teaching commands like STOP which they understand. Issue: Puppies tend to chew to explore different tastes and it’s a natural activity observed while pups are teething.

Solution: Train them not to chew everything as some things might cause harm to their health. They will also start chewing shoes which are unsafe. Provide plenty of chew toys and treats that he can chew. Issue: Dogs generally have the tendency of pulling away when leashed up. It’s not a good behavior and should not be promoted. If you also pull when the dog’s pull away, it will create a sense of resistance in them and they will try to pull away more.

Solution: To avoid your dogs from pulling away, you should not acknowledge the act when they are doing it, just stand still and as soon as they stop, hand over a treat. It signifies that your dog has done something good. Besides treats, you can also pat them or praise them. Issue: As there is a saying, “A barking dog sets the street barking”
This is a very bad habit that you need to stop at once. Whenever the dog barks, we tend to know the reason. If they want something and are demanding it, and if it is provided to them then you are avoiding the bad behavior and letting them have it their own way.

Solution: The easiest way to stop unwanted barking is to reinforce your dog when he is quiet, teach your dog a quiet cue and give your dog a food-stuffed toy or bone when he is outside for a length of time.

There are other bad habits too, like digging, eating paper, whining, inappropriate elimination, aggression which can be treated during training of the pets.

Dogs like to obey. It gives them security. Make them obey your commands so they inhibit good habits. Don’t overlook these habits. They can’t teach and train themselves, someone has to guide them.

One Thing All Dogs Should Have – Healthy Skin and Coat

If you find that your pet’s skin is dry, flaky and dull, or aren’t looking great, it is always a matter of concern. Pet owners always...

All creatures in the world deserve a life free from fear and pain. Of course, it’s we humans who can be very much expressive about our...

5 Interesting Ways To Celebrate Labor Day With Your Dog

The transition period between summer and fall closing is one of the leisure times to have fun. The moderate weather is all in your favor...

Bravecto: An Ultimate Remedy To Your Pet

You can say any foolish thing to a dog, and the dog will give you a look that says, 'Wow, you're right! You share lots of memorable...

Every single year, close to 40,000 pets lose their lives because of house fires and most of them are started by the pet itself. Thus, in... 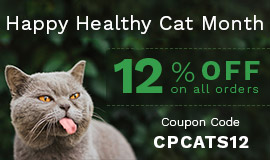 One Thing All Dogs Should Have – Healthy Skin and Coat

Keep Up Your Cat’s Health : Kitty Care For The Good Life