You never intentionally attach yourself to a dog; you are attached automatically to its cuteness and loyalty. I know they are the best creatures that you love the most and never want to spend your day without his charm and intensive playful energy. But what if he is affected by a deadly disease named Ehrlichiosis. Let’s understand what it is and how to cure it.

Ehrlichiosis is a tick-borne infection caused to canines. It is a result of attack from brown dog tick, lone star tick, and black-legged tick. A strong effect of an organism called rickettsial that is similar to bacteria. The history of this disease finds its traces in military dogs in the 1970s, particularly in Vietnam but now it’s a widespread disease across various states of the USA, Canada, and various other parts of the world. It is also called tracker dog disease and tropical canine pancytopenia at some places. This is the most commonly found disease in German Shepherd Dogs and Doberman Pinschers. Though all the dogs are at risk of Ehrlichioisis equally and need full care and protection.

Cats, humans, and other domesticated animals are also at the risk of Ehrlichiosis but dogs are on the top list of getting infected.

[Also Read] How to Prevent Different Tick-Borne Diseases In Pets

How is Your Dog Infected with Ehrlichiosis?

It is a disease transmitted through a brown dog tick (Rhipicephalus sanguineus) after a bite. It cannot be transmitted directly in dogs. Ehrlichiosis is carried by ticks that affect white blood cells and granulocytes. Another deadly rickettsia named anaplasma platys causes infectious cyclic thrombocytopenia in dogs leading to periodic loss of platelets and creating problems with blood clotting.

You can understand its severity by analyzing its long-term and short-term effects depending on the impact and effect created by the bacteria on the immune system of the host.

Ehrlichiosis is caused by Ehrlichia canis, which can be seen in any breed of dog. The long-term effects of Ehrlichiosis include:

How to Detect Ehrlichiosis?

If you observe any of the above symptoms in your dog then you must perform a blood test to confirm the infection and protect your dog well.

How to Care for Your Dog from Ehrlichiosis?

If your dog is affected by Ehrlichiosis then you must visit your veterinarian at the earliest. Ideally, a short-term Ehrlichoisis is cured within 4-7 days of early detection. A long-term case takes time to heal and cure. The symptoms may be constantly visible for 3 to 6 months. But over time your dog would be completely cured.

How to Prevent Your Dog from Ehrlichiosis?

Prevention is always better than cure. 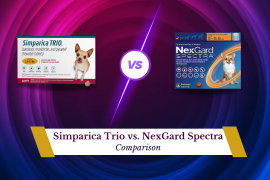 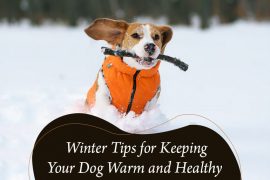 4 Winter Tips for Keeping Your Dog Warm and Healthy

Pet Holidays 2023: Calendar Every Pet Lovers Must Have