The General idea about ticks is during winter times, ticks slow down and stay inactive, however this understanding does not prove to be true for all the ticks. To exemplify, deer ticks can endure the entire cold season. Although, we all know every season is tick season but as soon as spring comes knocking at the door, ticks tend to gear up and go about their business. If you make the mistake of not taking them seriously, both you and your fellow pet companion might have to pay the price for ignoring them. The predictions say, the year 2022 may prove to be tough for all regions across the USA, and it will be hard to get away from these blood-sucking parasites. 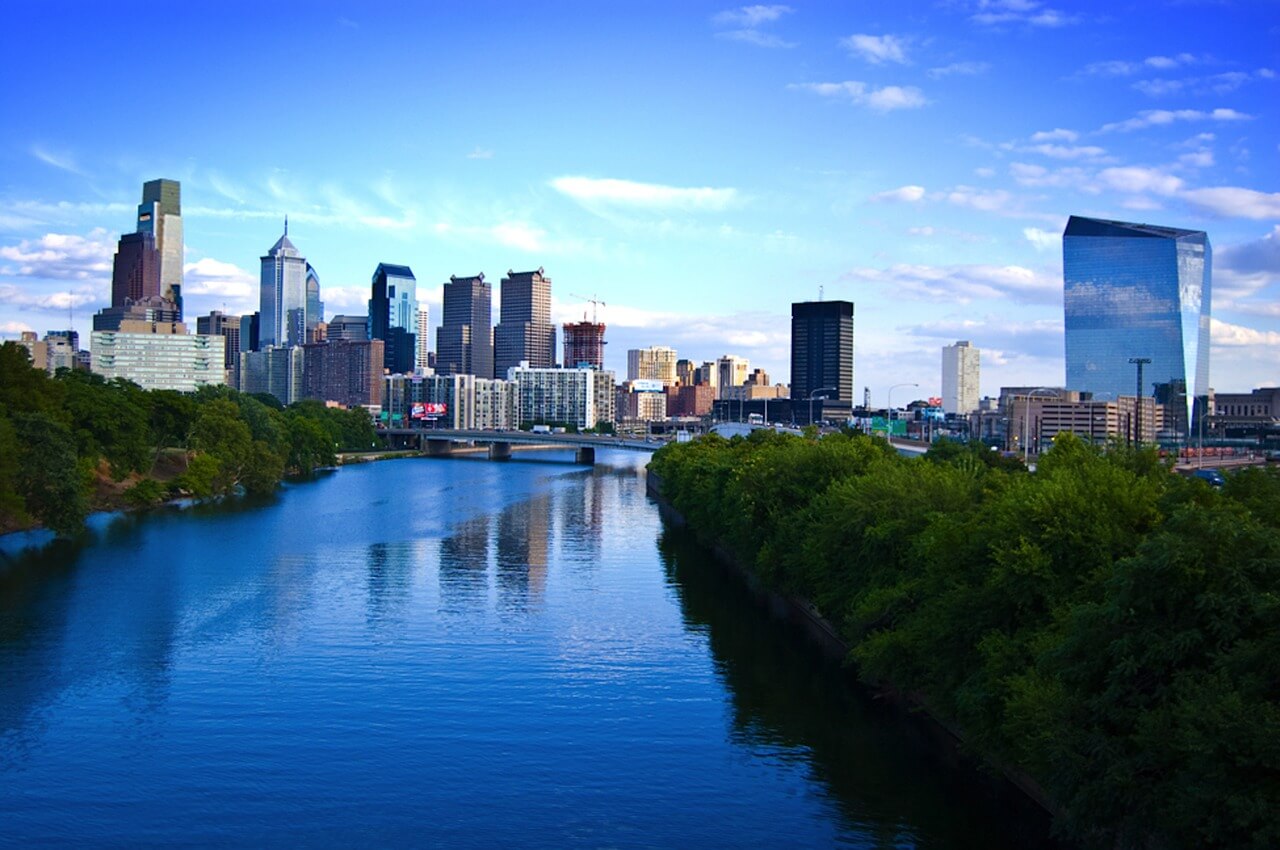 In relation to previous summers, 2022 will be no different and likely to be warmer than what it was last year in this region. This part of the USA includes New York, New Jersey, Wisconsin, Pennsylvania, Connecticut and New England that are known to be the main affected areas. Lone star ticks, American dog ticks, Brown dog ticks and Deer ticks (black-legged ticks) are majorly found in this region. 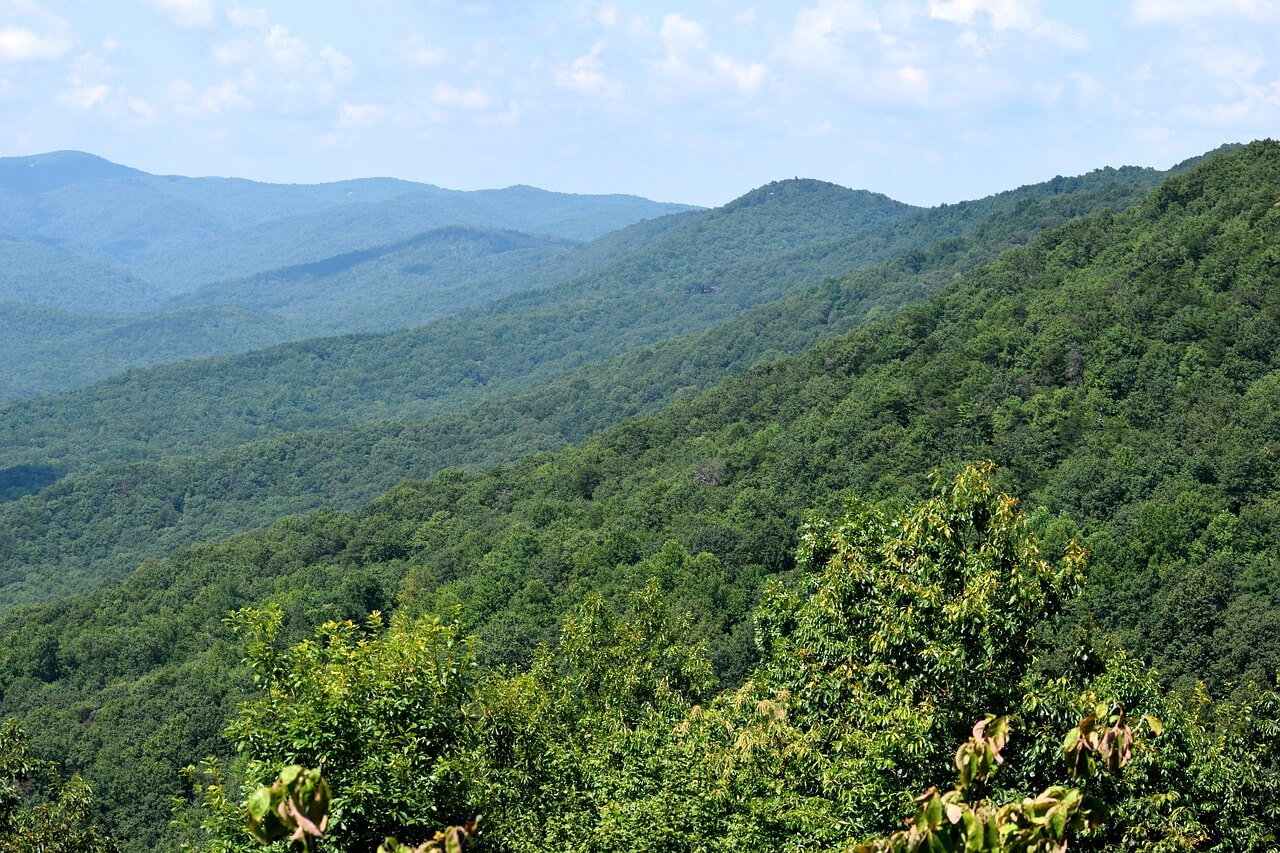 Georgia, Florida, and Carolina are amongst the main areas that are going to have a cooler spring and summer this season. This indicates that the ticks are not likely to be more active that may result in a decline in longevity of the tick season. Black-legged ticks and Brown dog ticks consider these areas as their home regions. 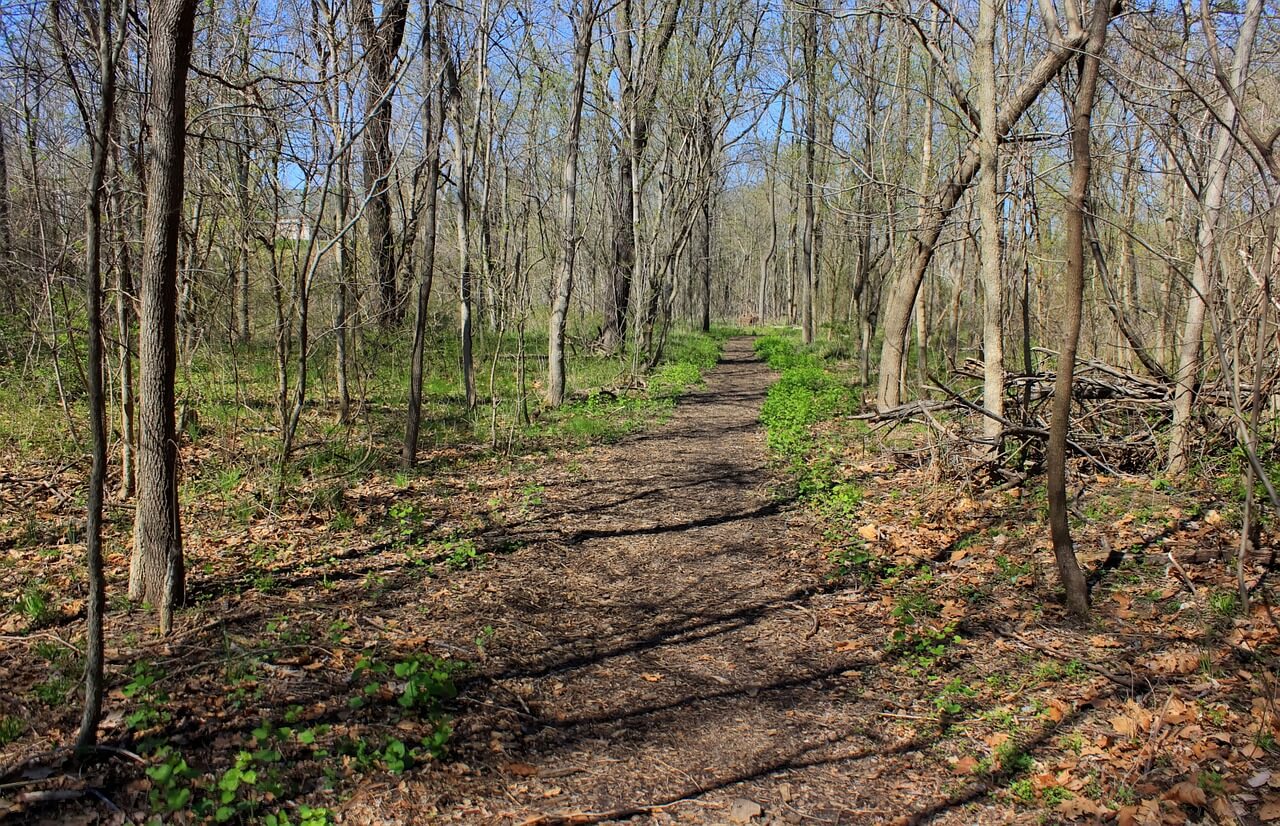 This part of the USA is likely to see warmer temperatures across the region. This will mean that the tick season will be longer. Along with this, soggy environment will encourage the ticks to spread. This part is known to be the center for the Lyme disease. There have been predictions of a noticeable rise in tick activities around the Ohio River valley and Missouri. 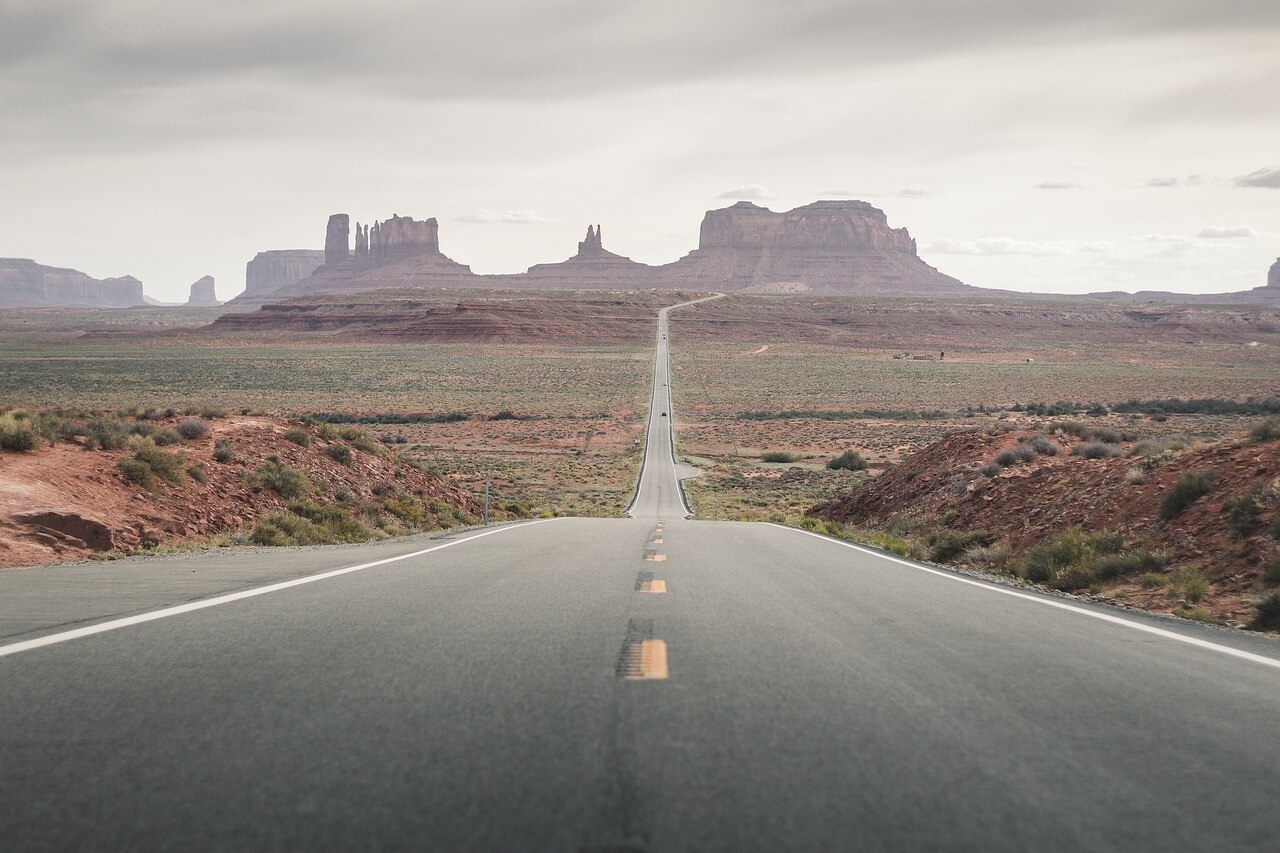 States like Arizona, Southern California, and New Mexico of this region are known to have a dry desert-like climate. The Changes in the weather pattern in the Pacific Ocean is likely to increase the humidity levels of the states like Oklahoma, Texas, and Arizona. This may lengthen the tick season in these areas. On the other hand, the forecast for the Pacific coast is likely to be drier than normal making the states like California and Nevada lesser affected with the tick spread. 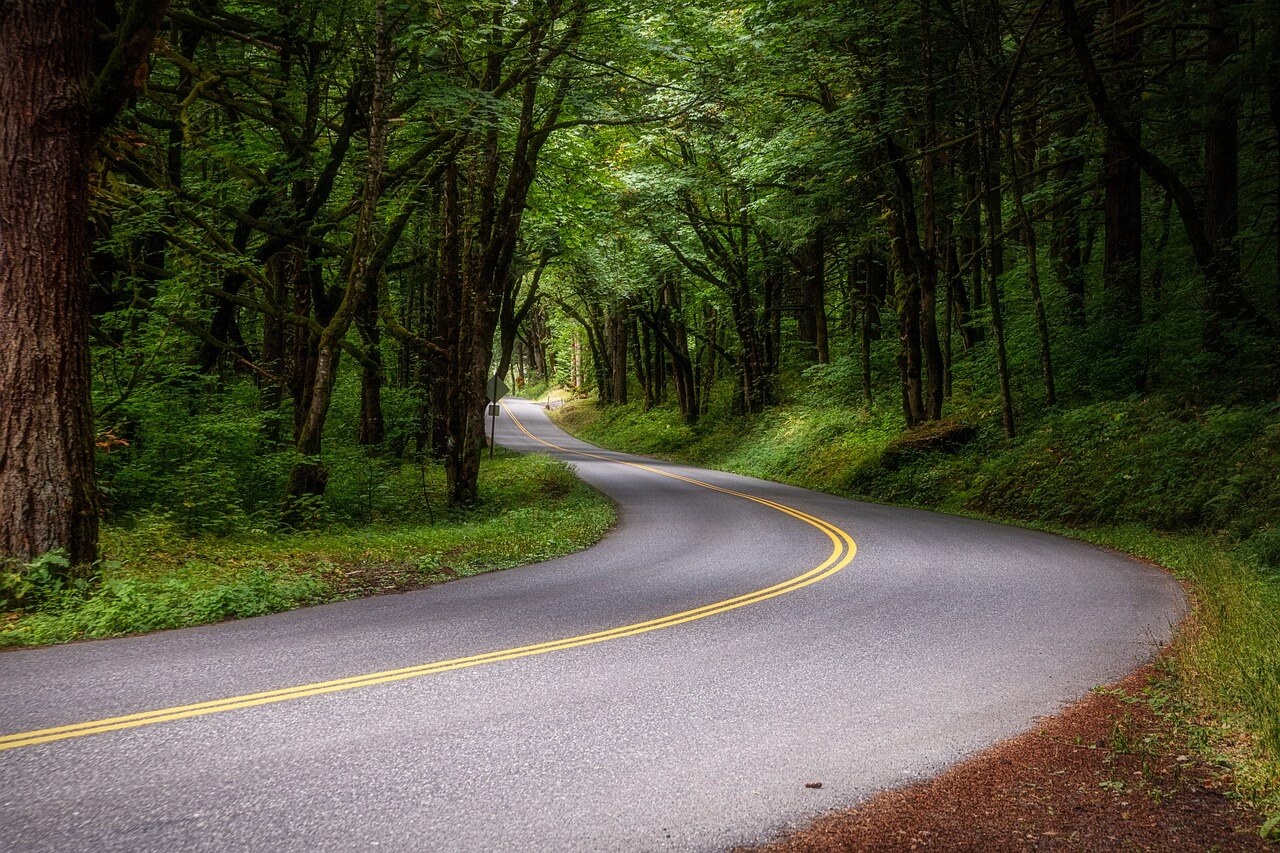 The summer this year in this part of the world is expected to be warmer. This will work in favor of ticks and the tick season will be extended. Some parts are likely to observe less precipitation than average, however this will change the humidity levels in the region.

It is spread by deer (blacklegged ticks) and the Rocky Mountain wood tick. The symptoms include a rash in with a ring of red skin around the tick bite, fever, fatigue, headache, and affects the nervous system if not treated on time.

This tick-borne disease is spread by the Rocky Mountain wood tick, the brown dog tick, the American dog tick, and others. Fever, nausea, headache, and rash near the bite site are a few early symptoms.

This tick borne disease has spread their wings in recent times due to a drastic increase in the tick population. It is known to have spread by deer (black-legged) ticks. Early symptoms include Fever, muscle aches, severe headache, etc.

The bite of fleas and the intense itching that this causes is, in general, the most distressing aspect of their presence. In most cases, the itching and red bite marks fade over time with no long-term health consequences.

Fleas, on the other hand, are known disease and parasite carriers and can induce allergic reactions in more sensitive individuals or pets, so it’s vital to be aware of the various diseases they can spread.

The number of cases of flea-borne disease in the United States is rather low. Diseases shared by flea species can now possibly infect more Americans than ever before, because of increased worldwide travel and predicted warming temperatures.

The Bubonic Plague is the most well-known flea-transmitted disease. The bubonic plague (AKA the “Black Death”) became an epidemic in the 14th century, killing up to 50 percent of Europe’s population.

The epidemic still exists today, with only a few cases reported each year in the southern United States. The plague is spread by rodents and transmitted by flea bites, which is how it spreads to humans and pets.

Fortunately, antibiotics can be used to treat patients successfully.

Although Murine Typhus is a rare disease in North America, a few cases are reported each year, with the majority of cases originating in the Southwest. This disease is spread by fleas infected by rats in rat-infested environments.

High fever, severe headache, chills, weakness, and nausea are the most prevalent symptoms, but treatment is available, and patients often respond fast.

Pets, unfortunately, can introduce plague or fleas infected with murine typhus into the house.

Although this disease is rarely diagnosed in North America, it is important to be aware of it due to international travel originating from tropical countries such as the West Indies, Caribbean, and Central America, where it is native.

The burrowing flea (Tunga penetrans) sometimes known as a chigger flea or sand flea, is the carrier of this disease (amongst others). It mainly affects the feet, where the flea burrows into the epidermis after anchoring itself into the skin. When going across sandy areas in affected areas, travelers are often advised to wear shoes (not sandals).

Tularemia is a potentially fatal sickness that occurs in North America spontaneously. Francisella tularensis, the bacterium that causes it, is present in rats. An infected flea or tick bite can transmit the disease to people.

Tularemia is not contagious, however it does require medical attention to be treated, and antibiotics are commonly prescribed.

Humans can get skin dermatitis from flea saliva, which shows up as itchy bumps or a rash on patches of skin.

Inhaling flea excrement might cause asthmatic responses in certain persons.

Flea bites can also cause allergic reactions in pets, such as flea hypersensitivity or flea-bite dermatitis. As a result, animals may develop crusty sores and scratch their skin excessively, causing fur loss.

Fleas as Carriers of Parasites

Fleas are known to transmit parasites that mostly afflict pets, such as tapeworm. During grooming, cats and dogs may accidentally ingest tapeworm-infected adult fleas.

Tapeworms and fleas can be treated by visiting your local veterinarian.

HOW TO KEEP YOUR PET SAFE FROM FLEAS & TICKS

Fleas and ticks are not only the pesky infestations for your pets and homes but it can cause a number of serious health problems as well. So, it’s important to keep your pets safe from these pesky pests and luckily there are many effective options available for the prevention and treatment ranging from topical, oral, collars and sprays products. Consequently, if you are looking for the best formula that can keep these pests away from your lovely pets then learn more about the best effective treatments on the market today. 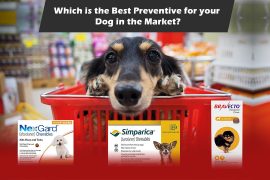 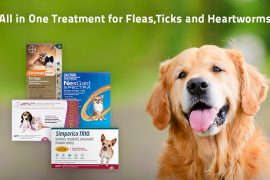 Top 4 All in One Treatments for Fleas, Ticks and Heartworms in 2022 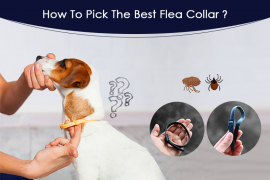 How to Pick the Best Dog Flea Collar in 2022